During the second year of my digital agency, we won Hewlett Packard as a client and created this multi-media campaign to promote HP Printing paper. The prize for 3 winners was a brand new Volkswagen Beetle. The campaign included a special CD-ROM created in Macromedia Director, a viral game created in Flash (one of the first of its kind at this time), a web site with leaderboard where Users could see their scores, radio ads, packaging, presented in 16 languages across 13 countries. Even though this game was created some 20 years ago, 'Beetle Buggin' can now be found on more than 100,000 websites. At its peak it was visible on more than a million and even today is still quoted in digital strategy documents as an outstanding piece of viral marketing. 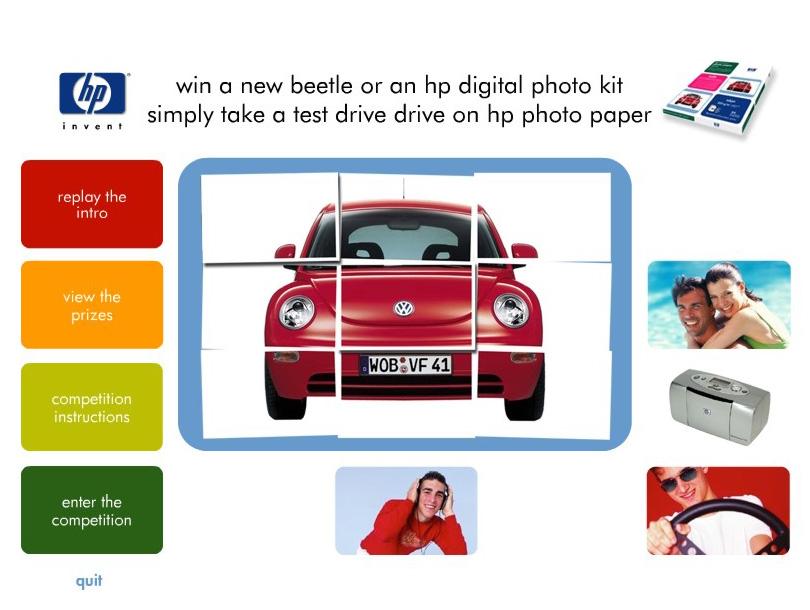 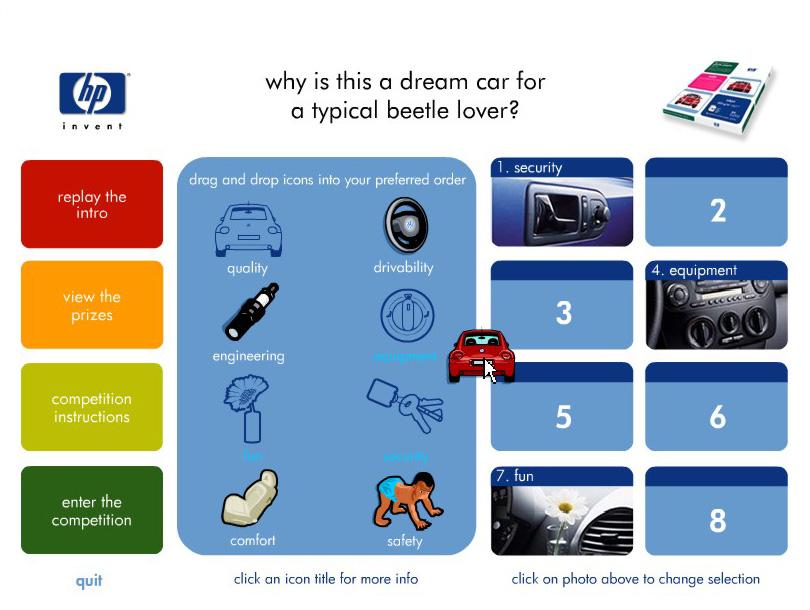 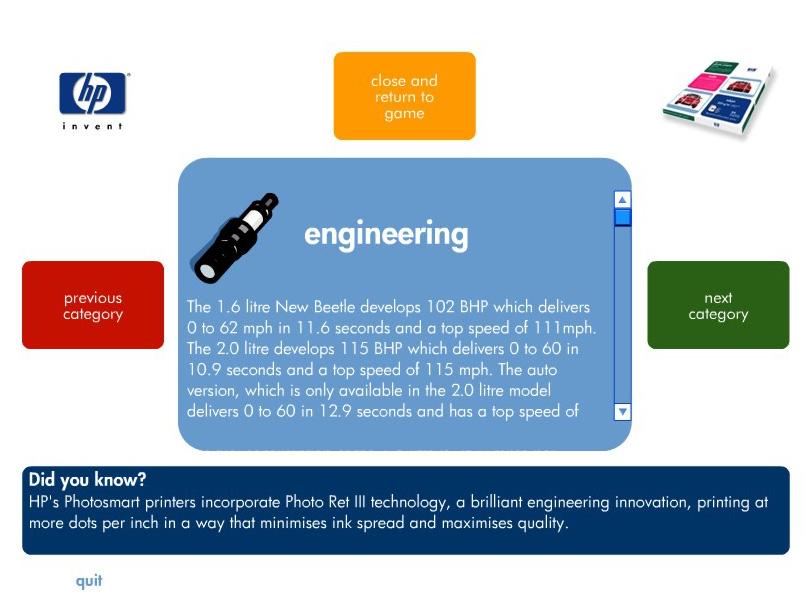 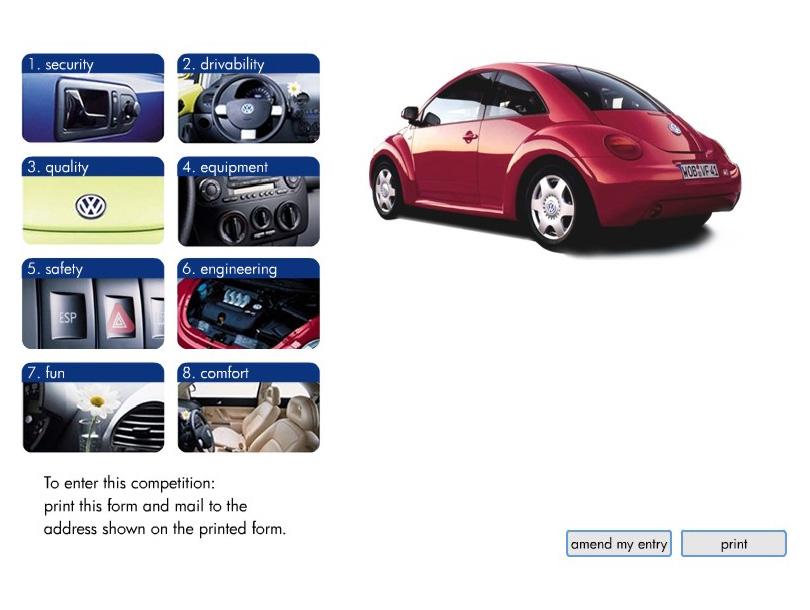 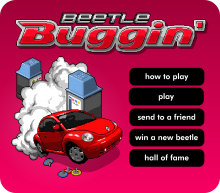 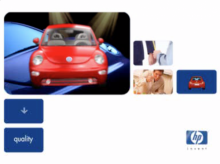